A lesson for the small business owner from a Golden Retriever

A lesson for the small business owner from a Golden Retriever 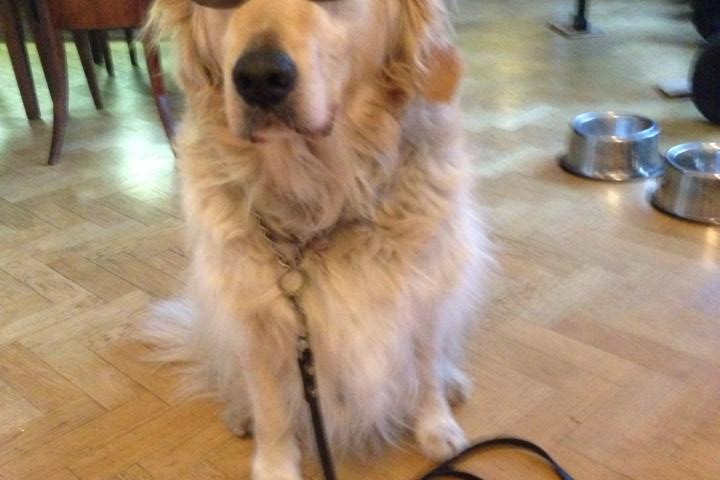 I have a Golden Retriever. His name is Casey the Dog, not to be confused with Casey the Human after whom he was named. Casey the Human was the best man at my wedding and also a big boy. My dog is also a big boy. Over the years, he has been given several nicknames – Fat Boy, the Kibble Monster, and Bubbalicious, a nickname given to him by my ex-wife.

Casey the Dog is now an old man, a bit like his Human, having reached the grand old age of 12, which converts to 84 human years give or take. Over the years, he’s become a little bit stiffer in the legs, a bit slower around the park, and he has a stubborn insistence in sticking to an extremely specific selection of regular haunts.  Courtesy of his Human, Casey the Dog’s bar dog instincts have started to lead me precisely to one bar or another according to the direction I initially take when walking out of the flat – whether I want to go to the bar or not.

But the one thing he has never lost is hope. The expectation when he wakes up every day that something good, if not extraordinary, is going to happen to him. When I look at his smiling, furry face in the morning, I can almost see his little brain working – Are we gonna go to the big park? Do you think the treat lady will be there? Am I gonna get my morning bread roll? Are we gonna go into town later? Are we going to the stables today? Where we going bar hopping tonight? The list of questions is endless. I love the idea that from the moment he wakes up, he has a positive attitude, one of hope that something good, if not awesome, is gonna happen. Every single day.

Now I know, and I’m sure he does, that that is not always the case. Living in a flat in the centre of Prague, Casey the Dog is pretty much dependent on me for his entertainment. It’s not like I can just throw him out in the garden every day or he can walk himself. So there are days when he doesn’t get a banner day. I get up late and he only gets a service walk and not a park walk. The disappointment when he realises the treat lady isn’t in the park. He doesn’t get his usual bread roll from the corner shop because his Bread Roll Human isn’t there. He doesn’t get to go into town because it’s tipping it down outside. He doesn’t get to go to the stables to see Wincent the Giant Horse. I stay in for the night and he doesn’t get to go bar hopping and see all his friends.

But even though he doesn’t get a banner day every day, he still wakes up every morning with what I call ‘’Expectant Retriever Face’’. Something good is going to happen to him today. He takes the rough with the smooth, but never loses hope that tomorrow will be a better day.

As a small businessman, adopting a Golden Retriever attitude can only move you forward and upward. Together with determination, and great effort, hope diminishes the risk you face when starting your own business. Casey the Dog never loses hope that every day is gonna be a good day. And even when he doesn’t end up having his definition of a good day, he still makes sure that my day is good.

So take a leaf out of his book, wake up every day with the same sense of hope that Casey the Dog has. Maybe today is the day you get that big sale, get the big mention that propels your business from obscure to known, or find the person to work with who totally gets what you are trying to do. You will have those banner days, just like Casey the Dog has.